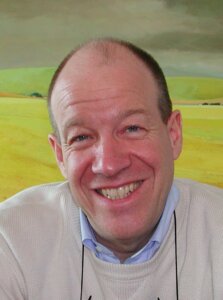 Heiner Frei’s Polarity Analysis contains 2 parts:
1) REPERTORY: A Therapeutic Pocketbook Repertory authorized by Heiner Frei as based on the 1846 original work of Clemens von Boenninghausen. This repertory contains the changes to symptoms, remedies, degrees, and polar symptoms that Heiner Frei has made with his all of his updates.
2) MODULE: The module feature within RadarOpus allows you to find, take, and analyze symptoms in Heiner Frei’s method, identifying the strongest indicated remedy based on polarity.

When a polar symptom exists for a given rubric, you will see a yin-yang-like icon appear at the end of the rubric:

Not all rubrics have polar symptoms. Notice how some rubrics do not have the yin-yang-like symbol:

After you add your rubrics to the clipboard and perform the polarity analysis, your remedies will now take into account polar symptoms. Generally, the remedy with the greatest polarity difference is the strongest indicated remedy: 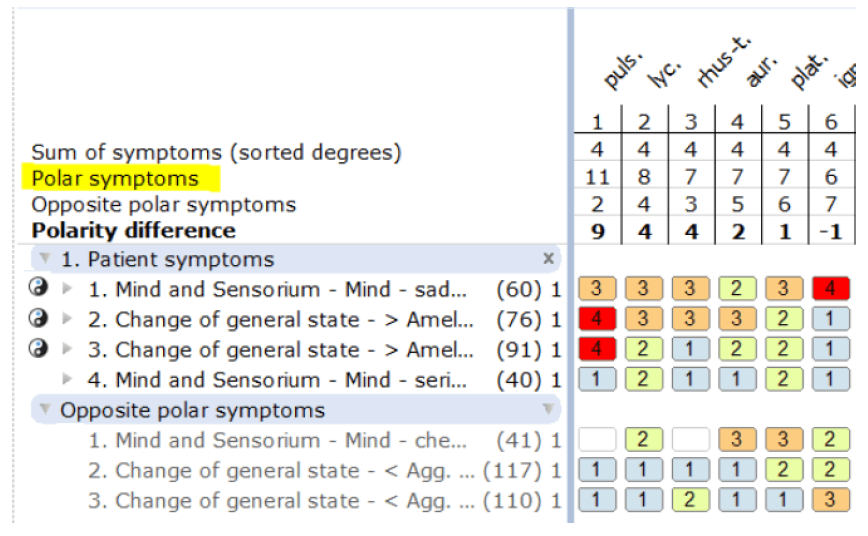 More on Polarity Analysis:
Polarity analysis (PA) is a development of Boenninghausen’s concept of contraindications. It serves to determine in individual disease a healing probability for each homeopathic medicine in question. Polarity analysis is based on the revised edition of Boenninghausen’s Therapeutic Pocketbook, an exceedingly reliable repertory. Dr. Henier Frie has taken this concept of contradiction of Boenninghausen and developed the method of POLARITY ANALYSIS to solve acute as well as chronic cases. When choosing a remedy Boenninghausen strived to match the patient’s set of symptoms and especially the modalities as closely as possible to the genius of the remedy.

The genius of a remedy includes the modalities, sensations, and clinical findings that have repeatedly appeared in the proving at different locations and have been healed by this remedy. These are in fact the characteristics of a remedy.

Polar symptoms are those symptoms that have an opposite aspect, an “opposite pole” such as thirst / thirstlessness, cold aggravates / cold ameliorates, desire for fresh air / dislike of fresh air.

A patient can have only one pole of a polar symptom: He is either thirsty or thirstless. Since the symptom set of a remedy is composed of the observations of several provers, a remedy can possibly cover both poles. Normally these poles stand in different grades: If five provers have observed thirst, and thirst has been healed by the remedy, thirst stands in third grade. If in addition one prover has observed thirstlessness in the same remedy, thirstlessness will stand in first grade. In order to select the remedy we must understand whatPolarity Difference is and how do we calculate it. The polarity difference indicates the level of congruence between patient symptoms and homeopathic remedy.

The higher this polarity difference, the more the remedy corresponds to the patient’s characteristic symptoms, assuming there are no contraindications. 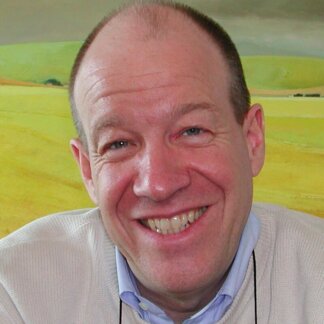