If you already own an outdated copy of Jeremy Sherr’s Repertory of Mental Qualities, click here to purchase the discounted update price.

This is the most updated version of the Repertory of Mental Qualities, bringing you up-to-date with Jeremy Sherr’s research to create meta-rubrics. For more information on the changes included in this update, click here.

I call my repertory the Repertory of Mental Qualities, for four reasons:

The Q-Rep is an easy solution to all the problems listed above, and it delivers much more.

The idea of the Q-Rep is to create all-inclusive rubrics of major mental themes which have a very high [95% and up] chance of having the right remedy in them. This is based on the Boenninghausen concept of generalisation, and also on the concept of affinities. For instance, if a case has definite issues of “victim” and “home”, and the main physical affinity is bones, we can use these three qualities to repertorise [taking bones from the generals]. There is a very high probability that the right remedy would be in the end result. This system is simple to use, as we do not have to choose a precise small rubrics which may not have the right remedy included.

I started by creating a list of Mental Qualities that came up frequently in my day to day practice. As well as the themes of caring, money, self-esteem, victim, obsessive-compulsiveness and snakes, I chose Qualities such as perfectionist, control, divided, guilt, clairvoyance, failure, embarrassment, opinion of others, knives and points, home, water, music, spiders, trapped, insects, spiders, big ego etc.

The Q-Rep is much more than a simple compilation of rubrics and materia medica searches. Materia Medica searches are very useful, but can often lead to mistakes. For instance, if we search for the word “fall” for the the quality of “High and low”, we may get the rubric “Coma with falling of eyelids”, which is not appropriate. A search for the word Embarrassment will yield remedies mentioned as “NOT being embarrassed” or remedies listed under “Unlike Bar-c, embarrassment is not an issue in this remedy.” In a similar way, searches for the theme of “dark” will bring up remedies with “dark thoughts” or “dark urine”. A search for “perfectionist” might bring up many remedies from cases, but often this symptom was not cured, and therefore is not valid.

Other inaccuracies came from some modern materia medicas, which tend to be relaxed when adding remedies from families or collective themes. For instance, Cuprum-metallicum may have Obsessive Compulsive Disorder, but while this may be true for some Cuprum salts, it is not necessarily true for all Cuprum salts.

To create a repertory that would be as accurate as possible, we have personally checked and re-checked every entry at its source, be it proving, materia medica, clinical additions or cases.

I often use Phatak’s repertory, which is based on Boger’s repertory. In these repertories only the remedies which have the rubric’s theme as an essential part of their makeup are included. So for instance, in Phatak’s repertory the rubric “white discharges” contains only 20 remedies, far fewer then in Kent or Synthesis, but you know that the remedies included have white discharges as a major theme, such as Kali-mur. This is true even if the remedy is small.

Therefore I decided to create a “Primary rubric” alongside each Main rubric. This represents remedies which have the theme as a major issue, even if they are minor remedies. We should use these Primary rubrics only in cases where the issue is very intense, pronounced and is an essential feature of the case.

By including the opposite approach of Boenninghausen, which contains all possible remedies in the generalized rubrics, side by side with the Boger-Phatak approach of rubrics with only the most prominent remedies, I have attempted to create a repertory that will span both trends and so present more possibilities of use.

The Primary rubric should be used only when the Mental Quality you want to repertorise is a major and essential characteristic of your patient’s morbid makeup.

The process of creating The Repertory Of Mental Qualities

I started the work of creating the repertory in the summer of 2004. Preciseness, accuracy and maintaining quality were my main goals while creating the Qualities. While most repertories are created by going through remedies and adding their symptoms to rubrics, in this work I proceeded from the rubrics in search of remedies. The remedies for each rubric were compiled independently by two or more experienced homeopaths who compared their results at each step. During the investigation for each Quality we searched through many new and old Materia Medicas and repertories, new and old provings and cases. I then personally verified all the remedies. Finally we check to see if remedies from the same family were appropriate, and I added remedies from my own clinical experience. Because there are relatively few rubrics in the Q-Rep, we are able to add new provings very quickly.

In these days homoeopathy abounds with many new remedies, complicated methodologies and huge repertories. These may all be very useful, but I believe that good homoeopathy often works on the KIS principle- Keep it simple. Let me give an example.

My definition of the right rubric is ‘The rubric that has the right remedy in it’. This might seem obvious, but none the less it is true. Holding this guideline in mind has helped my students when choosing rubrics. If all the rubrics we use in the case have the right remedy in them, then this remedy MUST come out in the final result. Bearing this in mind, it is easy to understand why larger and more inclusive rubrics are more likely to lead you to the right remedy.

There are too many uncertainties in choosing rubrics to take any unnecessary chances. Every slight mistake could lead to the loss of the remedy, especially in the case of smaller remedies. In consequence, I much prefer to have more remedies in the end result of my repertory work, but to be sure the right remedy is there. I can then go through the final repertory result, remedy by remedy, and choose the most appropriate one according to the totality of symptoms and my perception of the case.

The Q-Rep provides rubrics which are simple to choose but are all inclusive. If your patient definitely has the issue you have chosen it is almost certain that the Q-Rep rubric will have the right remedy in it. This makes for simple and effective homoeopathy

You may be familiar with my statement “The Mind is a mine field”. There is much room for mistakes in understanding the patient’s mental issues and even more room for mistake when choosing mental rubrics. There is no point using a fancy delusion or keynote that looks good but does not include the right remedy in it. Rather than selecting a small rubric and risking not having the remedy in it, it is much better to spend a bit more time looking at a longer list of remedies, comparing them carefully to your understanding of the case and particular symptoms, till you feel happy with your choice. Using Q-rep will allow you to take a big short cut to that list of remedies.

In my daily work I favour the Boenninghausen approach to repertorisation, using bigger generalized rubrics, where I am as certain as possible that the right remedy is included. After this I choose the best remedy according to the essential features of the case and the particular symptoms.

This method is particularly useful for both one sided cases-as I have seen time and again in my work in Africa – and for over complicated cases where there is TMI – Too much information.

“For many years I have been continually combining the same mental rubrics, or been frustrated over rubrics I could not find. I decided to solve these issues by creating a new repertory, The Repertory of Mental Qualities.”
~Jeremy Sherr

Our patients can often show major symptoms in Mental areas that, to date, are not well represented in the existing homeopathic repertories. Have you ever tried to repertorize symptoms such as low self esteem, victim or obsessive compulsive disorder, only to find that the rubrics are too small, inappropriate, or just not there?

Have you ever combined Fear of snakes, Dreams of snakes and Delusion of snakes, then added a materia medica word search for “snakes” – and still wished you could add a rubric with all the Snake remedies? That is painfully repetitive work, and in the long run, it can be a waste of your time.

A New Repertory
Jeremy Sherr did something about this challenge. He compiled a new Repertory of Mental Qualities. With meticulous attention to detail, Jeremy made sure that the rubrics in his new repertory are as inclusive as they can be, using both traditional and modern sources.

But he also took care not to include inappropriate entries in the rubrics – the kind of thing that can show up on automated searches merely because of some tricky language issue. For example, a materia medica search using the search word embarrassment will yield remedies mentioned as NOT being embarrassed.

This new repertory has been so helpful in Jeremy’s own practice that he created a software version – and made it available in RadarOpus.

What is the Right Rubric?
There is no value in using a fancy delusion, or a keynote that looks artful, if it does not deliver the right remedy for the patient. So let’s begin with this obvious logic: if every rubric you select for a case includes the right remedy, then that remedy MUST come out in the final result.

This is the approach that guides Jeremy’s new repertory – when you use larger and more inclusive rubrics, you are more likely to find the right remedy. It is better to begin with a bigger list and then narrow down.

Boenninghausen and Kent
The Boger-Boenninghausen repertories do follow this approach, and they are quite well-developed in the Physical and General areas. However, these repertories lack the depth we look for in the Mental area.

Kent developed the Mind section of his repertory more fully, but he put emphasis on Particulars and Modalities. Most new repertories are based on Kent, and therefore they do not always reflect the generalized Mental themes that come up frequently in today’s practice, such as type-A personality, OCD, and so on. And so we have a real need for this new repertory.

To learn more:
Introduction to Repertory of Mental Qualities PDF
Watch a Video with Jeremy Sherr 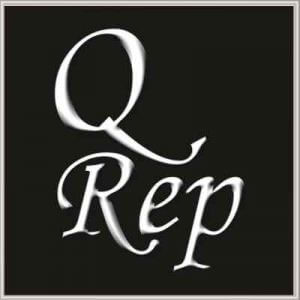