Vermeulen's library of books about fungi expanded from one single book to 80 during the course of his research. As the homeopathic materia medica of fungi is far from complete, most of the information is synthesized from other sources. In the past, the fungi have been grouped into the Kingdom Plantae, and sometimes as excrescences of the earth! Now, however, particularly with the means of DNA testing, it is important that these organisms, and also the fungus-like molds and yeasts, take their place in their own Kingdom. We must desist from making any comparison between the plants and fungi. 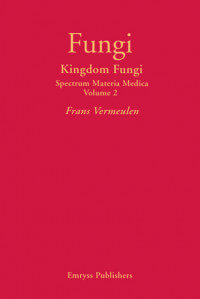