View cart “BENTLEY, Grant – Soul & Survival – The Common Human Experience” has been added to your cart.

This is an electronic book available in RadarOpus. This is not a hard copy book.

Source and Substance is a valuable tool for every homeopath because it provides a great variety of information about the substances remedies are made of and their properties.

With the development of our understanding of the relationship between the remedy substance and its use as a remedy, this information is more useful and important than ever before.

In book form, Source & Substance by Frans Vermeulen would span over 8,000 pages!

Interview with Frans Vermeulen on Source and Substance

• The native range of Bufo marinus extends from northern South America, through Central America and Mexico, and up into southernmost Texas. A highly adaptable invader, the cane toad is considered a pest species in the places it has been introduced to, such as Australia and the Pacific and Caribbean Islands. It is able to outcompete native species and also causes predator declines, since these predators have no natural immunity to the bufotoxin it secretes.
• Nocturnal and terrestrial toad that inhabits humid areas with adequate cover, including cane fields, savannah, open forest, well watered yards and gardens. It also inhabits dry equatorial forests.
• Cane toads have been introduced to many locations around the world as a biological control agent for crop pests. They have spread over large areas of Australia under their own power. In the north of their Australian range, dispersal is primarily effected by adults hopping large distances up to about 55 km per year – , in relatively straight lines.

• Toads and frogs are amphibians belonging to the order Salientia from the Latin ‘salire’, meaning to leap or Anura from Greek ‘an’, without, and ‘oura’, tail. Amphibians get their name from Greek ‘amphi’, on both sides or double, and ‘bios’, meaning life. Amphibians lead a double life, dividing their life between land and water. Anatomically they come midway between fishes and reptiles. The genus Bufo is the largest and most distributed genus of the family Bufonidae and comprises some 150 species worldwide.

• Frogs are typically smooth-skinned, have long hind limbs for leaping, and live in water. Toads have warty, drier skin, with shorter hind limbs for hopping, and live on land.
• Cane toads are heavily built with short legs. They can sometimes grow up to 30 cm 11.8 inch – long, with 20 cm 7.9 inch – not uncommon for females and an average of 12-15 cm 4.7-5.9 inch – in many regions. Males are slightly smaller. Fingers lack webbing, but the toes are heavily webbed. Adults have a rough, warty skin, coloured tan, brown or dark brown, dull green or black. Venom glands are aggregated together to form large and distinctive parotoid glands, found above each shoulder. These glands are able to ooze venom.

This book allows you to search for the characteristic language used by your patient with reference to the remedy source- i.e. the natural behaviour of the substance itself.  The screenshot below gives an example of this:

• Toads, like most amphibians, start their life as aquatic larvae and in subsequent stages metamorphose into their final adult stage. Spawning and larval development of toads takes place in still waters and slow-moving parts of rivers and streams.
• The mating season is triggered by rainfall and temperature change. Thousands of toads become active in attracting mates by calling. Often many males call in chorus, usually near a pond, where the eggs can be laid and fertilised. Mating occurs by a process known as amplexus from the Latin ‘amplexus’, meaning embrace or encircling, in which the male clasps the female until she deposits her eggs. There is no courtship. The first male that meets a female mounts, without any ado, on her back and clasps her firmly round her neck. Once coupled with a female, a male toad will not relax his hold however badly he is treated or attacked by superfluous males. Even when severely injured, as by pecks from crows, males will continue in their quest to breed. It frequently happens that several males cling to one female.
• The cane toad is flexible regards breeding site. Eggs and larvae develop in slow or still shallow waters of ponds, ditches, temporary pools, reservoirs, canals, and streams. Clutch size is between 8000 and 35000. May sometimes breed in slightly brackish water in Hawaii. Larvae are tolerant of high temperatures.
• Cane toad eggs hatch within 24 to 72 hours of laying into tiny, shiny black tadpoles. Tadpoles metamorphose after 2 to 7 weeks, becoming very small 10-12 mm – terrestrial juveniles. These small juveniles experience very high mortality, and unlike adults or larger juveniles they tend to be diurnal. It has been estimated that less 0.5% of cane toads toad eggs survive to maturity. It takes a year for the toads to reach maturity, when they will be about 7.5 cm 2.9 inch – long. Cane toads survival in the wild is unknown, but unlikely to be more than 5 years. Animals kept in captivity are estimated to live 10-40 years.

• Like most anurans, toads will recognise moving small animals as a potential food source. Toads are greedy and yet conscious eaters. Instead of bolting down anything that passes by, toads will first intently scrutinise their prey for a couple of seconds meanwhile manifesting their nervous energy by twitching their toes and then gobble it.
• Cane toads eat “almost any terrestrial animal,” although they are more likely to consume animals active at ground level during the night. The major diet items are insects, including grasshoppers, crickets, caterpillars, beetles and ants, together with millipedes and land snails. Crabs, small vertebrates mammals, birds, lizards and frogs – , pet food and human faeces may also be consumed.
• Opportunistic in its feeding habits and will consume almost anything that it is able to catch.
• Cane toads will gorge themselves if food is in abundance.

• Will usually stay on dry land and reproduce in any shallow water near its surroundings.
• Shelters in moist crevices and hollows during the day and in cold or dry weather, sometimes excavating depressions beneath logs, rocks and debris.
• Can survive the loss of up to 50% of their body water, and can survive temperatures ranging from 5ºC-40ºC (41oF-104oF).
• Toads and tadpoles are able to tolerate very high levels of salinity.
• “The horrible croaking of these animals is well known,” Mure complained, “and might rouse the indignation of the most phlegmatic individual.”

• Bufotenine toxin produced by the cane toad is used as an aphrodisiac and hair-restorer in Japan. In mainland China it is used to lower the heart rate of patients undergoing cardiac surgery. The toxin is used by South American Indians on hunting arrows. The toxin is sometimes used as a narcotic by some people.
• Cane toads were used for pregnancy testing in humans. A woman’s urine was injected subcutaneously into the lymph glands of a male toad, resulting in spermatazoa becoming present in the toad’s urine if the woman was pregnant. www.issg.org.

• Cane toads respond to threat by turning side-on so their parotoid glands are directed towards the attacker. The poison usually oozes out of the glands, but toads can squirt a fine spray for a short distance if they are handled roughly. The poison is absorbed through mucous membranes such as eyes, mouth and nose, and in humans may cause intense pain, temporary blindness and inflammation.
• Clinical effects of toad venom include cardiovascular disturbances such as ventricular fibrillation, palpitation, vasoconstriction and increased blood pressure, respiratory problems such as dyspnoea and weakened respiration, neurological symptoms of paralysis, seizures and numbness of oral mucosa, as well as gastrointestinal disorders including salivation, nausea and vomiting.
• Symptoms of cane toad poisoning in pets include drooling, head-shaking, crying, loss of coordination, and, in more serious cases, convulsions. The dog’s or cat’s – gums often turn red, an indicator used by veterinarians to distinguish toad poisoning from epilepsy.

• Temperature and water regulation are critical for toads and frogs. They rely on the ambient temperature for body temperature regulation. Toads and frogs in temperate zones cannot remain active during the winter months so they enter into a state of torpor or extremely reduced activity. During the warm summer months they remain underground or in the water during day and become active at night. Susceptible to dehydration, toads and frogs have a permeable skin that gives them the ability to absorb water simply by jumping into a pond or sitting in a puddle.
• The cane toad thrives in degraded habitats and man-made environments, and is occasionally found in pristine lowland and montane rainforests, but generally prefers open or disturbed habitat such as tracks, roads, low grassland and areas that are near human settlement, e.g. grazing land, suburban parks and gardens. It tends to avoid more densely vegetated areas e.g. wet sclerophyll and rainforest, which can then act as a barrier to their dispersal.
• Can now be found in many places, such as man-made ponds, gardens, drain pipes, debris, under cement piles and beneath houses.
• Can be found by day beneath fallen trees, loose boards, matted coconut leaves, and similar cover.
• Cane toads have been put to various uses across their geographic range. Used for educational purposes; skins used for bags in Mexico and for drum skins in Papua New Guinea, while whole animals are stuffed and sold as souvenirs in Nicaragua. Some toads are taken for traditional medicinal uses and then released.

• Day 1. Extreme heaviness of head. Aversion to work, with inability, whole afternoon.
• Day 2. Pain at sacrum, worse when rising, stooping or sitting. Almost continual expansive pressure in orbits, and sensation of internal itching; he is obliged to rub his eyes with the palm of his hand. Itching at the pubis. Itching at the face. Violent itching at the lips.
• Day 3. Itching, almost all over. Not disposed to study. Less active than usual. Expansive pressure and itching in orbits. Pain at sacrum continues.
• Day 4. Pain at sacrum is less. Expansive pressure and itching in orbits. Itching almost all over. Constant erections without desire; not disposed to intellectual labour, not very active.
• Day 5-10. Laziness of mind as before. Constant erections, but no desire. Itching and expansive sensation in orbits.
• Day 14-15. Pressure at cartilages of false ribs. Loathing of study.
• Day 17-18. Eyes are red and smart. Orbits feel larger, and as if they were in contact with orbital walls. Aversion to work. Apt to forget things he had been occupied with a moment ago.
• Day 19. Eyes smart and are painful when touched.
• Day 20-35. Careless. Lazy and discouraged. No disposition to work. Weak memory. U pper portion of orbits seems to be in contact with orbital walls, esp. at night. Obliged to rub his face in morning. Itching at lumbar vertebrae. Itching at anus.
• Day 38. Very gay in evening. Disposed to talk about merry things.
• Day 39. Gay. Lively. Heaviness of head after a walk. Eyes smart and are painful when touched. Sleeps for an hour, in the middle of the day, contrary to habit. Sad, he avoids company. Unable to act with decision, he forms projects and dues not accomplish them. Itching at sacrum. Sense of weakness in whole left side of head. – Prickings in tips of fingers of right hand and left toes. Poetical and philosophical dreams. Exalted imagination. 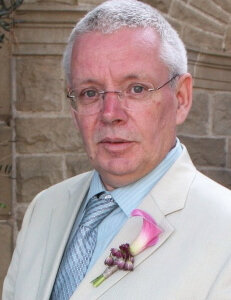 You're viewing: VERMEULEN, Frans – Source and Substance $144.00
Add to cart