NEESGAARD, Per – The Man, the Miasm, and the Modality 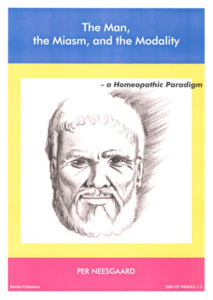 Remedy Information Highlights from The Man, The Miasm and the Modality – A Homeopathic Paradigm by Per Neesgaard:
Chelidonium
Chelidonium wants himself to be the objective of his cognition. He wants to understand himself out of himself.
In relation to this demand, he feels his ability for cognition is disturbed.
He wants the purpose to be himself, only to get to know himself. He has therefore no interest in other people.

Chocolate
The guiding motive of Chocolate is to be able to act instinctively and surely, to be able to penetrate and see through things. The consequence of this is an uncertainty in action, as if there were a gap between thought and action. Chocolate feels excluded from all things. The guiding motive may be summarized as the contrast between nature (=instinct) and culture (=conscious action). Firstly, he feels excluded, forsaken, isolated, and lonely in relation to everything and everyone. He stands outside everything and can neither adjust himself to nature nor among people. Secondly, he does not know what to do. He considers something, but is unable to translate it into action. The matter of course involved in translating thoughts and conceptions into action is destroyed, as if there were a gap in between. In the compensation for the loss, he wants to try to show that he is capable of spontaneous and intuitive action, and to do that which at the moment is necessary and right. The emphasis might lie on a simple and natural lifestyle, where only the most basic things are needed. Living in harmony with nature and the animals. Living independent of human conventions. 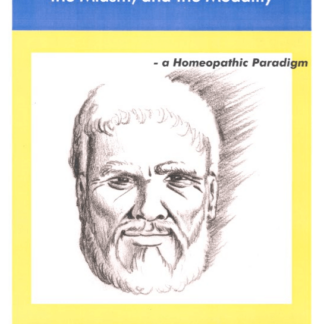